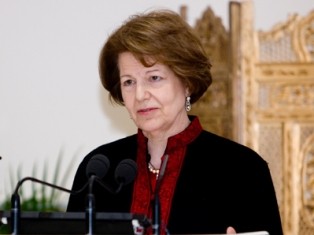 The United Kingdom intends to increase the level of trade turnover with Azerbaijan by several times, said Baroness Emma Nicholson.

"Prime Minister David Cameron appointed me the trade envoy to Azerbaijan, and I intend to increase the trade turnover by several times," she told reporters in Baku June 1.

Baroness Nicholson noted that tourism is the second sphere bringing profit in the UK.

"During a meeting, Azerbaijan's President Ilham Aliyev noted that tourism is the sphere where he would like to see the development," she added.

Nicholson also said BP is the biggest investor in Azerbaijan.

She wished Azerbaijan success in the organization of major sports events, such as the Formula 1 European Grand Prix, adding that the UK companies are ready to share their experience with Azerbaijan in organization of such events.