"Lifting visa regime with Armenia is not on the agenda" 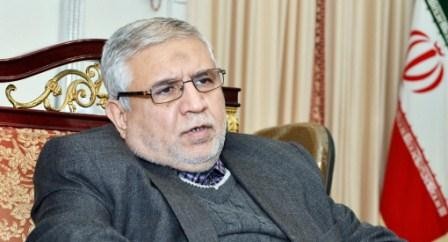 Lifting the visa regime with Armenia is not on the agenda.

Iranian Ambassador to Azerbaijan Mohsen Pak Aayeen said, commenting on information of the Armenian media to lift the visa regime.

Talking about the latest developments in Karabakh, the ambassador said that Iran has always been close to Azerbaijan and the country's position has not changed on this problem.

"We hope that the conflict will be resolved within the territorial integrity of Azerbaijan in accordance with international standards. We hope that the initiated dialogue between the two countries will be fruitful for benefits of the peoples", he said.

He also called on the co-chairs of the OSCE Minsk Group, who are also permanent members of the UN Security Council, to make greater efforts to implement the UN resolutions.