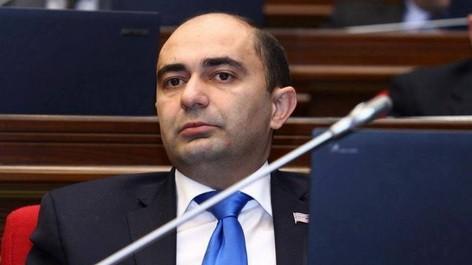 After the lifting of martial law, we will begin the process of impeachment of the prime minister, the symbol of defeat must go.

Axar.az reports that the statement came from the leader of the Bright Armenia Party Edmon Marukyan.

"Time has shown that the current government must leave. The old will not come, and the present will not remain. They have been trying to dismiss the chairman of the Constitutional Court, Grayr Tovmasyan, for two years. The Foreign Minister now says that we have lost on the battlefield, not in diplomacy. He should know that diplomacy was lost when the war broke out," he said.