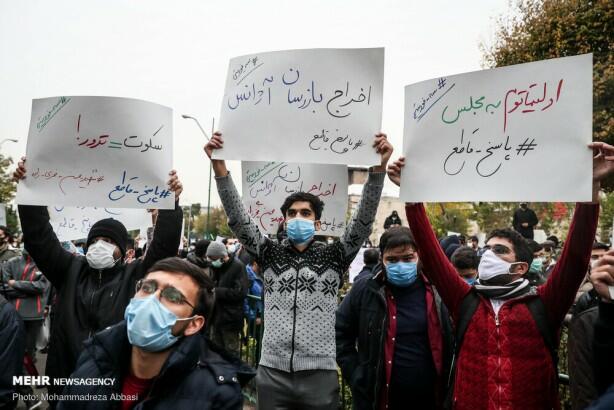 Protests were held in Iran against the assassination of nuclear scientist Mohsen Fakhrizadeh.

Axar.az reports that students of Tehran University, who protested in front of the Iranian parliament, demanded that the perpetrators of the assassination of Mohsen Fakhrizadeh be arrested and punished as soon as possible.

Mohsen Fakhrizadeh was assassinated on November 27 near the Damavand district of Tehran.