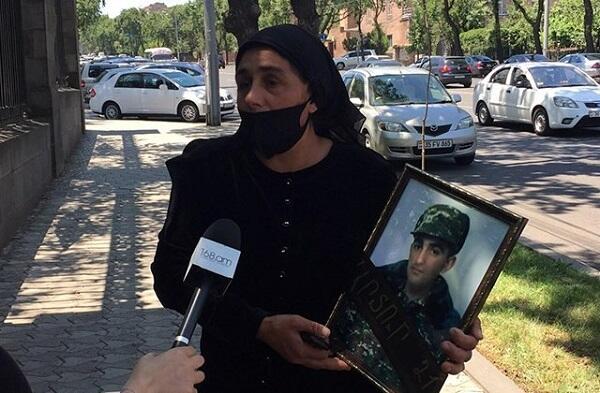 After Yerevan, protests of relatives of servicemen missing in Karabakh began in Echmiadzin.

Axar.az reports that the soldier's parents held a rally in front of one of the military units in Echmiadzin. The protesters said they had met with the prime minister, but the meeting ended in failure.

They stated that their children were serving in Gafan, but did not understand why they were transferred to Zangilan by order.