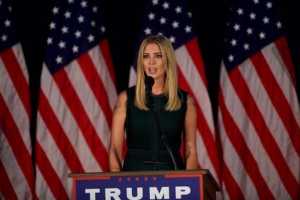 President Trump's daughter Ivanka has been questioned under oath over claims that not-for-profit funds were misused at Mr. Trump's inauguration in 2017.

Axar.az reports that a lawsuit launched by District of Columbia (DC) Attorney General Karl Racine alleges that Mr. Trump's real estate business and other entities misused the funds to enrich the Trumps.

Mr. Trump's Washington hotel is alleged to have been "grossly overpaid".

Ivanka Trump has denounced the case as "politically motivated".

In a tweet, she shared a screengrab purported to be of an email in which she suggested the hotel be paid a "fair market rate".

"This 'inquiry' is another politically motivated demonstration of vindictiveness and waste of taxpayer dollars," she said.