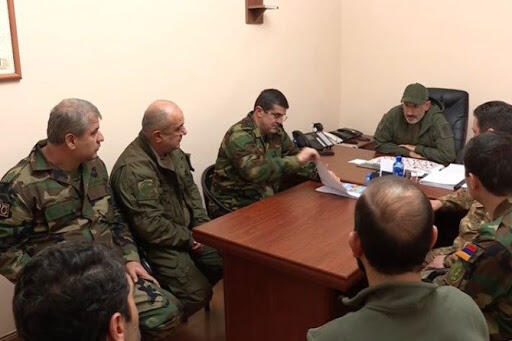 Armenian Prime Minister Nikol Pashinyan held a meeting of the Security Council in Yerevan with the participation of former and so-called "nkr" separatist-terrorist leader Araik Harutyunyan.

Axar.az reports it has been announced that such "wide-ranging" meetings will be held more often in the future.

Pashinyan called Harutyunyan's participation in the meeting of the Security Council of Armenia important.