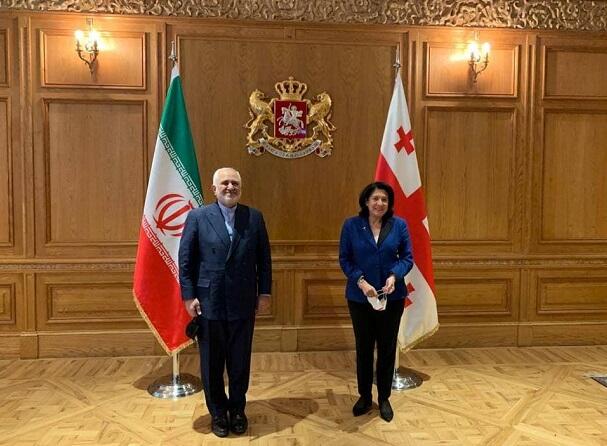 The meeting took place as part of Zarif’s visit to Georgia which was the fourth leg of his regional tour which has already taken him to Azerbaijan, Russia and Armenia.

Zarif has said that his regional tour aims to help de-escalate regional tensions and increase cooperation with neighbouring countries.

Before meeting with the Georgian president, Zarif laid a wreath on the memorial of Georgia’s national heroes.