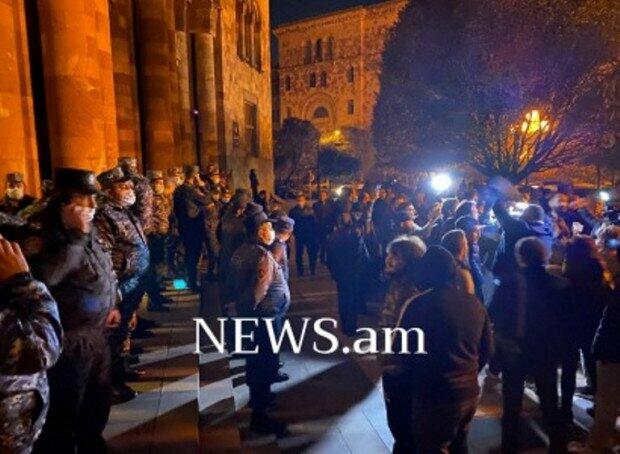 Another opposition rally has begun in Armenia demanding the resignation of Prime Minister Nikol Pashinyan.

Axar.az reports that the protesters are marching towards the building of the police and the National Security Service.

"We cannot allow Pashinyan to carry out state terror and establish a dictatorship in the country with the help of these forces," said Ishkhan Sagatelyan, coordinator of the Salvation Movement.

Sagatelyan called on law enforcement agencies not to serve the current regime and not to use force against the opposition: "Stand by your people and save your homeland."

Opposition members surrounded the building of the Armenian police headquarters and demanded a meeting with Chief Vahe Ghazaryan.

"Kazaryan must come down and report on today's shameless behavior," the protesters said.