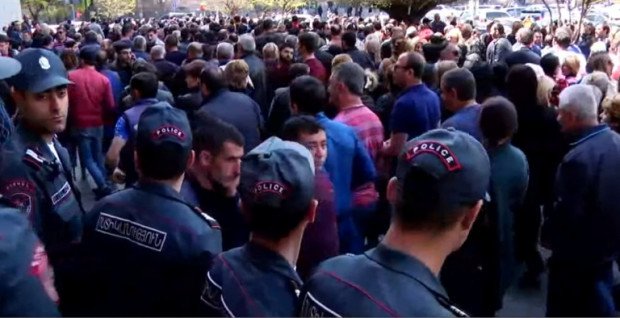 The Prime Minister said that the crisis will be overcome by the constitution. Pashinyan also said that a new chief of staff and deputies will be appointed soon.

Axar.az reports that meanwhile, the parliamentary faction of the My Step Bloc convened an emergency meeting.

The statement of the General Staff will be discussed at the meeting.

However, before the meeting, Pashinyan met with the speaker of parliament. The speaker left the government building after Pashinyan's live performance.

MP from the My Step Bloc Andranik Kocharyan said that Onik Gasparyan's statement calling for Pashinyan's resignation was connected with the forthcoming reforms in the army.

Against the background of the meeting, supporters and opponents of Pashinyan have already begun to gather in Republic Square. It was noted that disputes arose between them.