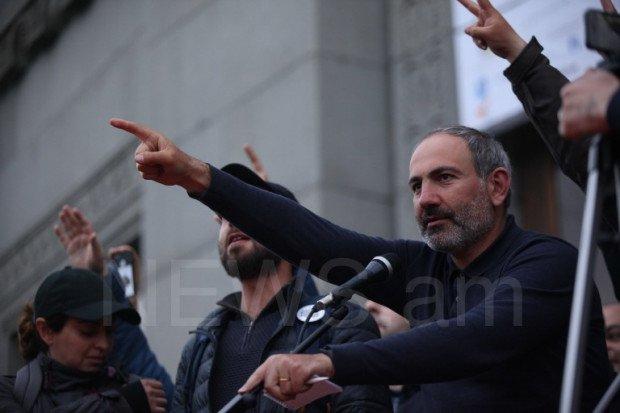 Axar.az reports during his speech, he said that the army is subordinate to the people and the prime minister.

"I think it's an emotional reaction. We should not treat our brothers harshly. ”

It should be noted that although the rally was scheduled for 16:00, Pashinyan called on his supporters to show up.