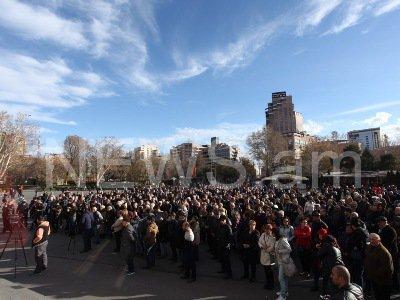 The Armenian Salvation Movement has scheduled its next rally for March 1 at 18:00.

Axar.az reports that the rally will be held again on Baghramyan Avenue.

The leadership of the movement called on citizens to be active in the rally and not to tolerate the usurpation of power by one person (Nikol Pashinyan - ed.).

It should be noted that Pashinyan also announced that he would hold a rally tomorrow at 18:30.