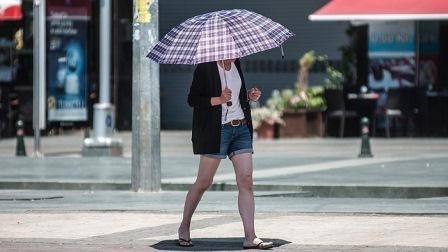 The planet experienced its warmest spring ever recorded, scientists from the National Oceanic and Atmospheric Administration (NOAA) announced on Thursday.

They noted that the temperature during the period from March to May was significantly above average.

The average global temperature between March and May is 13.7 degrees Celsius (56.7 degrees Fahrenheit), but that span in 2016 was more than 1 degree Celsius warmer, an increase that is especially alarming.

Usually, records are broken by hundredths and tenths of a degree. March through May is spring in the northern hemisphere, where 90 percent of the globe’s population lives, and autumn for the southern hemisphere.

May also marked the 13th straight record-breaking month, the longest such span since record keeping began in 1880.

“Much-warmer-than-average March–May temperatures were present across much of the global land surfaces,” NOAA said, “with record warmth across northwestern North America, northern South America, central and northeastern Africa, Oceania, and parts of Central America, the Caribbean and the Middle East.”

NOAA scientists believe long-term, human-caused climate change is to blame, along with a recent El Nino climate pattern in the Pacific Ocean.

Scientists working for the space agency were also very direct about their anxiety regarding the record-breaking warmth.

“Abnormal is the new normal,” David Carlson, the director of the World Climate Research Program at NASA`s Goddard Institute for Space Studies, said in a statement on Wednesday.

NOAA and NASA are particularly concerned about the warming of Earth’s polar regions. The climate of these areas, scientists argue, affects climates thousands of miles away.

Sea ice in the Arctic Sea and the Greenland ice sheet have melted unusually early this year.

“The state of the climate so far this year gives us much cause for alarm,” Carlson warned.