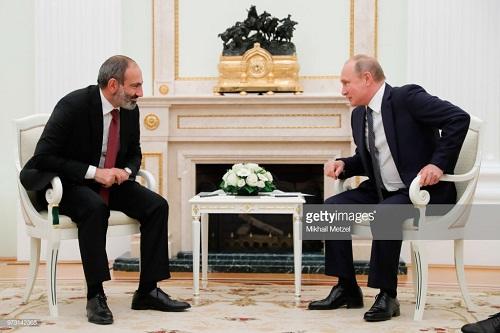 The leaders of Russia and Armenia will discuss bilateral relations and the implementation of the trilateral agreement on Karabakh.

Axar.az reports that the statement came from Russian President's Spokesman Dmitry Peskov on the Putin-Pashinyan meeting.

Pashinyan is currently in Moscow and will soon meet with the Russian leader.

This information was shared by Pashkina's spokesman Mane Gevorkyan.