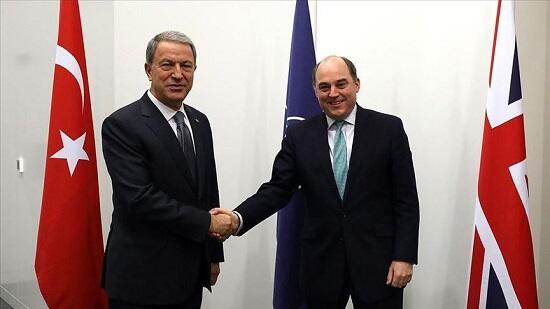 Turkish National Defense Minister Hulusi Akar discussed NATO, Afghanistan, the Eastern Mediterranean, the Black Sea and bilateral relations during his visit to London at the invitation of his British counterpart Ben Vallas.

During a meeting with Vallas, the Turkish minister said that the United Kingdom had taken certain steps in the fight against the PKK terrorist group, but it was not enough.

Akar also added that one of the most active countries in the FETO network is the United Kingdom:

"Turkey must be supported in the fight against FETO and appropriate steps must be taken."