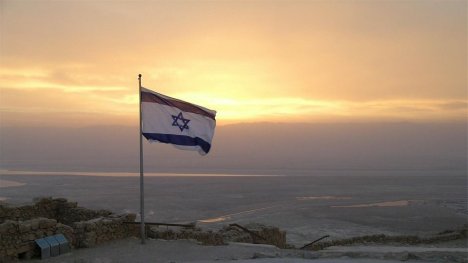 A Syrian missile exploded in southern Israel today, the Israeli military said, in an incident that triggered warning sirens near the secretive Dimona nuclear reactor and an Israeli strike in Syria.

Axar.az reports citing Reuters that an Israeli military spokesman identified the projectile as an SA-5 surface-to-air missile fired by Syrian forces against Israeli aircraft. He said it overflew its target to reach the Dimona area, 200 kilometres south of the Syrian border.

The missile did not hit the reactor, landing some 30 kilometres away, the spokesman added.

In a further statement, the military said a preliminary investigation showed that Israel's anti-missile systems had not carried out an interception of the projectile. Israeli security sources said the missile exploded in mid-air.