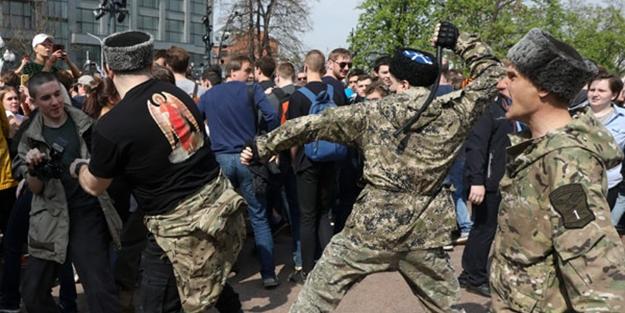 More than 1,700 people were detained by police at rallies in support of jailed Kremlin critic Alexei Navalny in dozens of cities across Russia, an independent monitor reported on Thursday.

Axar.az reports citing foreign media that thousands of people took to the streets Wednesday evening to demanded freedom and proper medical attention for Navalny, who has been on hunger strike for three weeks in a penal colony outside Moscow.

The opposition staged demonstrations in dozens of Russian cities, with the largest rallies taking place in Moscow.