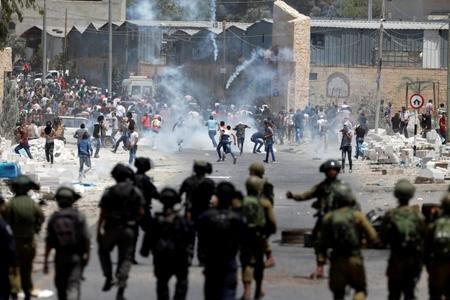 The number of those martyred in attacks by Israeli forces on the Gaza Strip late Monday rose to 21 and the wounded to 103, according to the Palestinian Health Ministry.

Axar.az reports citing foreign media that one of the nine children who were martyred was a 10-year-old girl and the others were boys of various ages, the ministry said.

The Israeli army announced the launch of Operation Guardian of the Walls late Monday against the Gaza Strip.

It also announced that an air attack was carried out on the Gaza Strip and many rockets were fired from Gaza into southern Israel.

Tensions have been running high in the Sheikh Jarrah neighbourhood of East Jerusalem since last week when Israeli settlers swarmed in after an Israeli court ordered the eviction of Palestinian families.

Palestinians protesting in solidarity with the residents of Sheikh Jarrah have been targeted by Israeli forces.