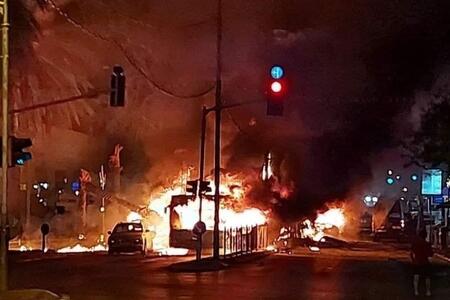 The Israeli capital, Tel Aviv, has been bombed.

Axar.az reports that one of the shells hit a bus in the city center.

The Izz al-Din al-Qassam Brigades, an armed wing of Hamas, has announced that it has fired 130 rockets into and around the Israeli city of Tel Aviv.

Israeli residents were injured in the strikes. At the same time, a multi-storey building collapsed in the Gaza Strip.

The Israeli government has called up 5,000 reservists to strengthen various units.