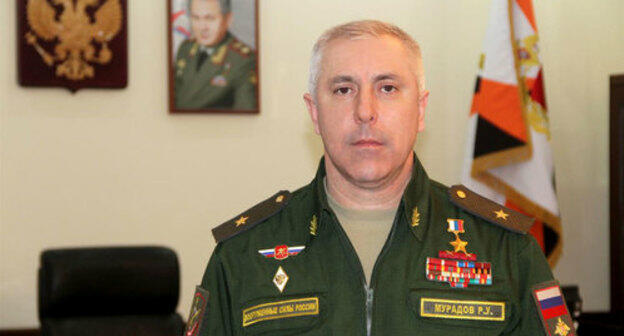 The head of the Russian peacekeeping contingent in Karabakh, Lieutenant General Rustam Muradov, may be dismissed.

Axar.az reports such a claim was made by the Armenian newspaper Hraparak.

According to the publication, Muradov will be replaced by Deputy Commander of the Southern Military District, Lieutenant-General Alexander Avdeyev.

The newspaper also noted that Avdeyev will arrive in Khankadi today and will be handed over in two weeks.