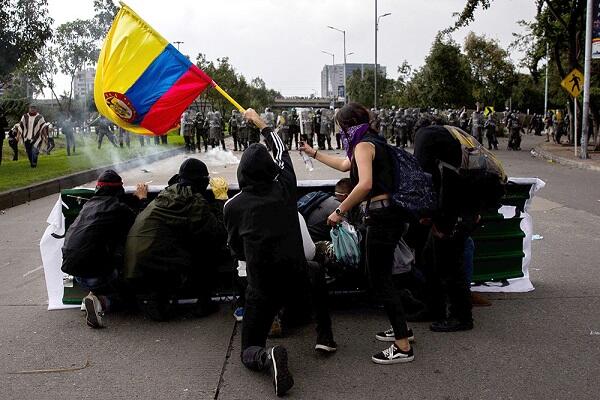 Anti-government protests have resumed in Colombia.

Axar.az reports that thousands of people gathered in the capital, Bogota, and in many cities, including Medellin, Cali, Barranquilla and Popayan, to protest the government of President Ivan Duque.

Five people were injured in clashes between protesters and police in some streets of Bogota during the protest.

In Popayan, in the Southwest, police intervened with tear gas and batons, according to the robbery attempt.

Twenty-two people were injured and detained by police.

In Colombia, 26 people were killed in protests against tax reform, which began on April 28 with a general strike.