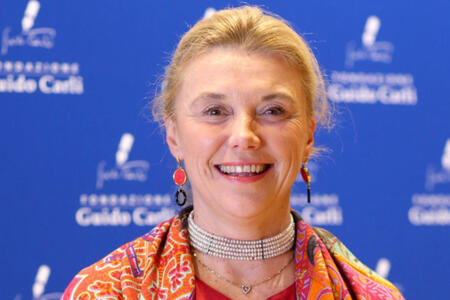 Italian Foreign Minister Elizabeth Belloni has become the first woman to be appointed head of the country's intelligence service.

Belloni, 62, has served as Secretary of State since 2016, the most important position in the diplomatic service.

Elisabetta Belloni, who has held various positions in the Foreign Ministry during her diplomatic career, is best known for rescuing Italian nationals abducted by militants in Iraq and Afghanistan and repatriating Italians during the 2004 tsunami disaster in Thailand.

Her appointment was welcomed by Italian politicians, including the party leader, who described her as a courageous woman.