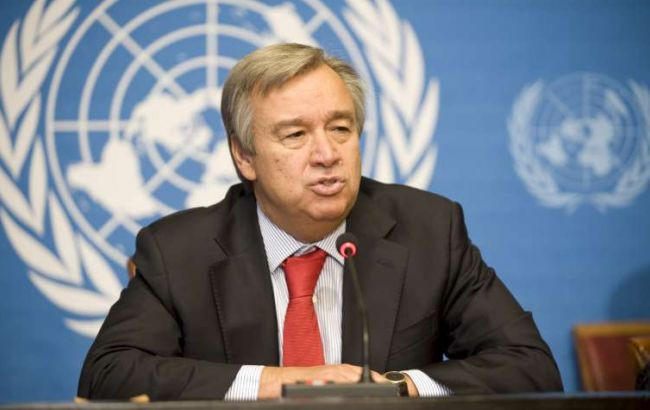 The U.N. Security Council gave its unanimous backing to Secretary-General Antonio Guterres for a second term on Tuesday, assuring his election as the next U.N. chief by the General Assembly, most likely on June 18.

Axar.az reports that the 15 council members adopted a brief resolution by acclamation and approved a communique at a brief private meeting endorsing Guterres — the only candidate — to be the world’s top diplomat for another five years starting Jan. 1.

“He has proven worthy of the post already with the five years he has been in office.” said Estonia’s U.N. Ambassador Sven Jurgenson, the current council president, after reading the communique to the media. “He has been an excellent secretary-general. He’s a bridge builder. ... He’s able to speak to everybody, and I think this is something that is expected from the secretary-general.”

Guterres called the council’s decision “a great honor” and said in a statement, “I would be deeply humbled if the General Assembly were to entrust me with the responsibilities of a second mandate.”

He said it has been “an immense privilege” to serve “we the peoples” -- the opening words of the U.N. Charter -- during the past 4 ½ years “when we have been facing so many complex challenges.”