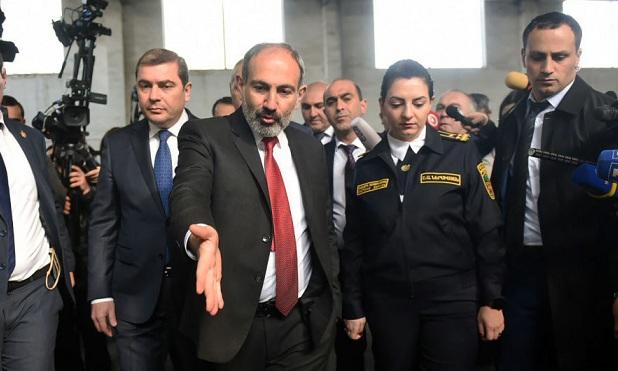 Axar.az reports that speaking to voters in Gafan as part of the election campaign, Pashinyan pointed to Kocharyan:

"Now he is distributing jobs, saying that he offered Karen Karapetyan a position. Karapetyan turned into a joke hero. There was a child who carried out the order: the ball goes out of the field, he is told to run and bring the ball. "

"Then he will hire Serzh Sargsyan and Arthur Vanetsyan?" "No, he will no longer be able to employ anyone in Armenia," Pashinyan said.