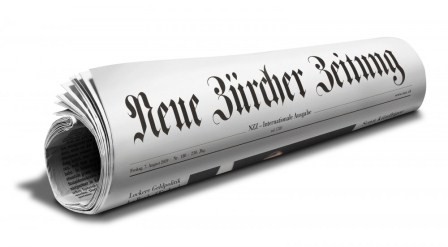 Swiss Neue Zürcher Zeitung newspaper has published an article by Azerbaijani Ambassador Akram Zeynalli, which he wrote in response to a tendentious article headlined “The disputed Nagorno-Karabakh: Caucasian Knot” by Stefan Müller.

In his article headlined “Comments on Nagorno-Karabakh”, Ambassador Zeynalov provided an insight into the Armenian military units` shelling Azerbaijani settlements and civilians, casualties among civil population, and the Azerbaijani armed forces` retaliatory measures.

He said the illegal presence of the Armenian military units in the occupied Azerbaijani territory was the major source of threat and jeopardised peace and stability in the region. “The Armenian side tries to annex the Azerbaijani territory by increasing its military presence, changing demographic and cultural peculiarities, and holding an illegal economic activity in the occupied territory.”

Ambassador Zeynalov pointed out that the OSCE Minsk Group acknowledged that the status quo was “unacceptable and fragile”. He stressed that Armenia continued to ignore four resolutions of the UN Security Council.