Russia doesn’t come up with a new format 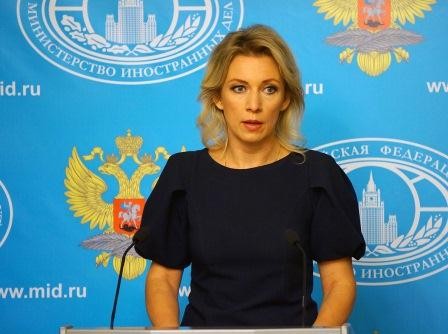 "The meeting of the presidents held in St. Petersburg disavowed, showed the inadequacy of concerns on the fact that Russia supposedly comes up with a new format of the talks, dismisses the members of the OSCE Minsk Group, concentrates everything in his hands."

Spokesperson for the Russian Foreign Ministry Maria Zakharova said at the briefing, commenting on results of the meeting of Presidents of Azerbaijan, Armenia and Russia in St. Petersburg.

She mentioned that a similar format was previously used to discuss sensitive issues: "Therefore we keep in close contact with the representatives of the co-chairing countries, they were informed, study and informing of the co-chairs were held long before the meeting."

M.Zakharova noted that the sides spoke publicly in favor of such meetings.