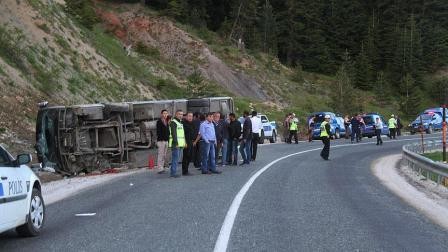 A passenger bus has overturned in the western Turkish province of Izmir, and 37 people were injured as the result, according to preliminary data, Anadolu news agency reported June 23.

The injured have been taken to nearby hospitals. All of them are citizens of Turkey, according to the agency.

No other details of the accident were reported.