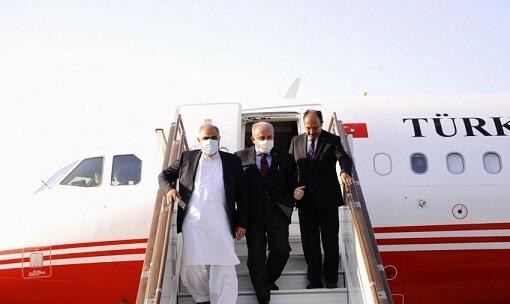 At the Heydar Aliyev International Airport, where the national flags of Azerbaijan, Turkey and Pakistan were waved, the guests were welcomed by First Deputy Speaker of the Milli Majlis Ali Huseynli, Deputy Speaker Adil Aliyev and Turkish Ambassador to Azerbaijan Cahid Bagci.