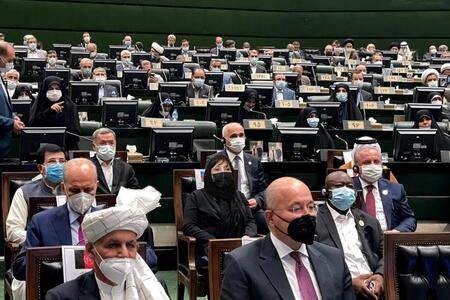 Iran's new President Ibrahim Raisi has been sworn in by parliament.

Axar.az reports that the inauguration ceremony was attended by 115 officials from 73 countries, including 10 presidents, 20 parliamentary speakers and 11 foreign ministers.

A delegation led by Speaker of the Azerbaijani Parliament Sahiba Gafarova also attended the inauguration ceremony of the Iranian President.