Explosion on main road in Turkey 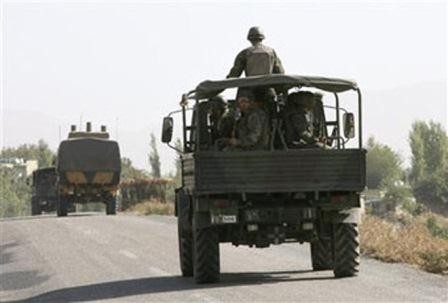 An explosion has occurred on a main road in Turkey’s Diyarbakir province, the Hurriyet newspaper reported June 28.

The explosion occurred when a military convoy was passing through the road.

Three servicemen were injured as a result of the incident, according to preliminary reports.

The conflict between Turkey and the PKK, which demands the creation of an independent Kurdish state, has continued for over 25 years and has claimed more than 40,000 lives.