The Prime Minister of Norway has resigned 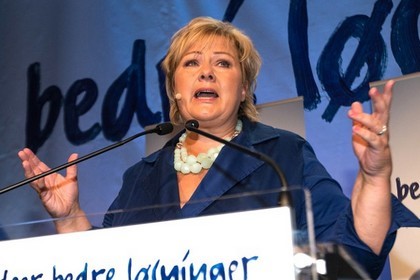 Axar.az reports that the decision is due to the defeat of the ruling Conservative Party in the September parliamentary elections.

It is noted that E. Sulberg submitted his resignation in King Haral 5.

In the coming days, the king is expected to appeal to the leader of the Labor Party Jonas-Gar Store to form a new government.

It should be noted that in the parliamentary elections held on September 13, the Labor Party gained 26.4 percent of the vote, and the Conservative Party - 20.5 percent.