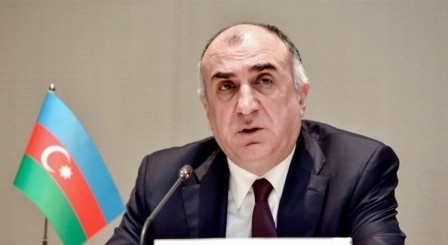 He made the remarks during a briefing following the talks with the OSCE Chairperson-in-Office and German Federal Minister for Foreign Affairs Frank-Walter Steinmeier in Baku June 30.

He pointed out that the relations between Azerbaijan and Germany are developing rapidly.

“A large number of German companies operate in Azerbaijan,” said Mammadyarov. “We are confident that the energy and economic projects proposed by Azerbaijan to Germany will be of interest for this country.”

Steinmeier, for his part, said that Azerbaijan is a new strong player in the South Caucasus.

“We have succeeded to move forward in a number of issues which were raised previously,” said the German minister. “I am glad that Azerbaijan managed to achieve progress in this sphere.”