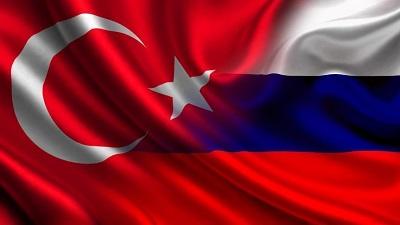 The analyst wrote that Russia and Turkey should become strategic partners in Central Asia and the South Caucasus. This policy recommendation was shared in his analysis titled “What’s Former Kremlin Grey Cardinal Surkov’s Prediction For The Future?” That former influential official recently published an article at the Actual Commentary website where he predicted that the scientifically inevitable growing internal tensions in all countries across the world will require them to establish pressure valves in order to prevent being destabilized from these socio-political processes.

According to Surkov, this should take the form of delineating “spheres of influence” between Great Powers. Korybko expanded upon his insight by citing his own relevant analyses over the years to argue that the regions that Russia could focus on exerting influence in are Central Asia and the South Caucasus. This is because the American analyst believes that three regional connectivity projects there can become mutually beneficial for all the involved parties. These are the Pakistan-Afghanistan-Uzbekistan (PAKAUFZ) railway, the North-South Transport Corridor (NSTC), and the Zangezur Corridor (ZC).

Traditionally, “spheres of influence” were usually imposed upon the people living within them and didn’t always work out in their interests. Moreover, the countries neighbouring these “spheres” would sometimes fight proxy wars and even actual ones over these strategic spaces. Korybko agrees with Surkov that “spheres of influence” are a pragmatic way to relieve growing internal pressure within countries like Russia but cautions that they mustn’t inadvertently worsen this or growing international pressure between countries either.

The solution, as the American analyst foresees it, is to focus on economically driven “spheres of influence” based upon those three transregional connectivity projects: PAKAFUZ, NSTC, and ZC. Since Turkey’s influence is rising in Central Asia and the South Caucasus, he suggests that Russia strategically partner with it there in order to responsibly regulate their rivalry so that it doesn’t spiral out of control. A Russian-Turkish Strategic Partnership in these two regions could also lead to the gradual convergence of Orthodox and Islamic Civilizations via the merging of the Russian World and Turkic World concepts.

The absence of such a partnership, let alone the emergence of a rivalry that proves unmanageable, would be mutually detrimental for those countries and the third ones caught between them in those regions. That outcome could create a scenario that’s exploitable by external parties by the US that have an interest in dividing and ruling those two Great Powers. This can be averted through a Russian-Turkish Strategic Partnership in Central Asia and the South Caucasus that focuses on mutually beneficial socio-economic connectivity through those transregional projects and the convergence of their civilizations.

The end result, as Korybko foresees it, is that Surkov’s proposal for delineating “spheres of influence” between Great Powers in order to manage their naturally occurring and continually growing internal and international tensions could become a sustainable solution for ensuring stability in Eurasia. It would learn from the mistakes of the past by making sure that everyone finally benefits instead of just those countries that are exerting their influence over others. This outcome would strengthen multipolarity and intercivilizational harmony, thus leading to a better future for all the involved parties.