Reznikov declared the cities where the war may broke out 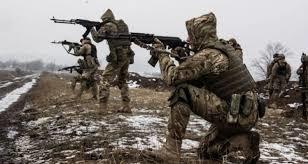 Britain, Canada and the United States must deploy troops in areas of the country that could become frontline in the event of a large-scale Russian attack.

He called on Anglo-Saxon allies to help Ukraine outside NATO, especially by sending more military instructors to the country.

"It would be good if Canadian instructors were stationed in Kharkiv, Mariupol, Kramatorsk, Odesa and Zmeyni Island. Your presence here will be a 'good' sign for the Russians."