OSCE can do more to achieve a stability 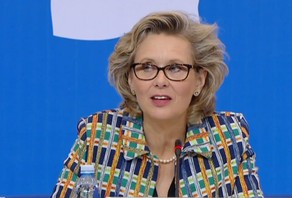 The OSCE should use mechanism of inquiry in order to achieve stability in the Nagorno-Karabakh conflict.

This was stated by co-rapporteur of the organization Margaret Soderfeld at the annual session of the OSCE Parliamentary Assembly in Tbilisi.

She noted that the OSCE had made certain steps in order to achieve stability in the region. At the same time she added that "we can do more" to achieve this goal.

In her speech, she also touched upon other conflicts in the OSCE region, as well as the problems faced by women during the conflict.