US approves $9.4B military deal with Greece 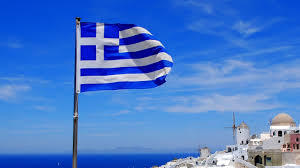 The US State Department has approved the potential sale of four Multi-Mission Surface Combatant ships for $6.9 billion to Greece alongside $2.5 billion worth of upgrades to Greece’s existing Meko Class ships, the Pentagon said.

Axar.az reports the deal follows a September agreement where Greece said it would buy French frigates worth about 3 billion euros ($3.51 billion).

The proposed sale would include four Multi-Mission Surface Combatant Ships, similar to the 370-plus-foot-long Littoral Combat Ships used by the US Navy, and associated missiles, sonars, weapons, spares, and technical support.

The Pentagon said Lockheed Martin was the prime contractor for the ships.