G7 unites behind a push to prevent Russia-Ukraine crisis 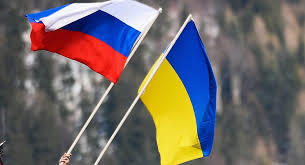 Axar.az reports the G7 meeting comes as the West frets over China’s military and economic ambitions, the possibility that talks to prevent Iran from pursuing a path to nuclear weapons could fail, and as Russia masses troops on the Ukrainian border.

A senior U.S. State Department official described the day’s talks as “intense” and said there was still a diplomatic path to de-escalate the tensions with Russia.

“If they (Russia) choose not to pursue that path, there will be massive consequences and severe costs in response, and the G7 is absolutely united in that,” she said. “The kinds of costs that we are talking about are designed to be implemented very very fast.”

Addressing the opening session of the talks, British foreign minister Liz Truss had urged the G7 to speak with one voice.

“We need to defend ourselves against the growing threats from hostile actors and we need to come together strongly to stand up to aggressors who are seeking to limit the bounds of freedom and democracy,” said at the start of the meeting.

Ukraine is at the center of a crisis in East-West relations as it accuses Russia of massing tens of thousands of troops in preparation for a possible large-scale military offensive.