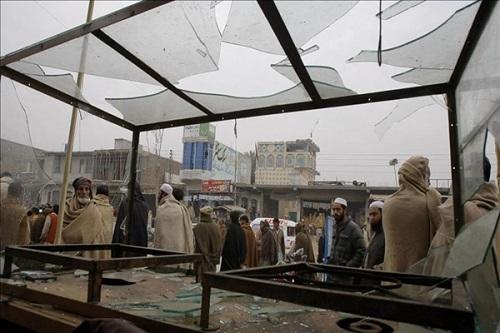 The death count in Pakistan's Karachi blast has climbed to 15 as authorities are still trying to recuse people trapped under the debris of a building that collapsed after the explosion, local media reported on Saturday.
Axaraz reports that, the blasts happened in Karachi's Shershah area, Pakistan Urdu news channel Samaa reported. A building that hosted a bank partially collapsed in the blast.

The Pakistani publication said that police and rescue officials rushed to the spot and the injured had been moved to a nearby hospital. Media reports say that several people are suspected to be trapped under the rubble.

The nature of the blast is being determined by the police who are investigating the blast. Some media reports suggest the incident occurred due to gas leakage or detonation of explosives.