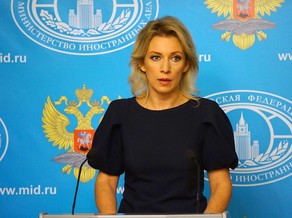 "Russia is making great efforts to resolve the conflict in Nagorno-Karabakh."

"That's why in the margins of the CSTO Council of Foreign Ministers, Sergei Lavrov holds bilateral meetings, that’s why we are making great efforts to ensure that the settlement has led to success", she said, stating that it was a mediating role of Russia in settlement of the Karabakh conflict.