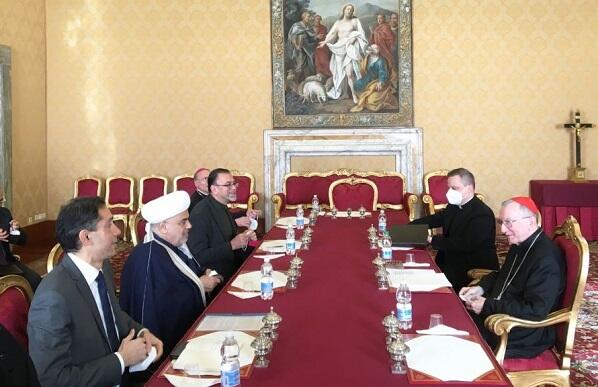 A delegation led by Chairman of the Caucasus Muslims Office (CMO) Sheikh-ul-Islam Allahshukur Pashazade met with Cardinal Pietro Parolin, Secretary of State of the Holy See, at the Vatican.

Axar.az reports that welcoming the delegation, Cardinal Pietro Parolin expressed satisfaction with the high level of bilateral cooperation between Azerbaijan and the Vatican. He noted that under the leadership of President Ilham Aliyev, Azerbaijan has a high level of intercultural dialogue, multiculturalism, as well as attitudes to all religions, and the strengthening of harmony between Muslims, Christians, and Jews. Pietro Parolin praised the country's emphasis on multilateralism in international relations. He praised Azerbaijan's activities in the field of interreligious and intercultural dialogue, citing the projects implemented in the Vatican with the support of the Heydar Aliyev Foundation.