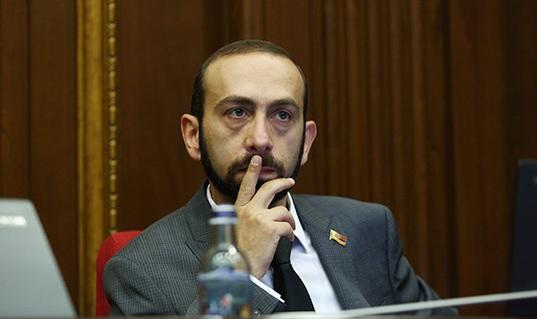 My conversation with my Turkish colleague in Stockholm in December last year cannot be considered a meeting in the traditional sense.

Axar.az reports that the statement came from Armenian Foreign Minister Ararat Mirzoyan in his speech in parliament today, clarifying the reason for the lack of an official statement on the meeting.

He said he was ready to call his conversation with Mevlüt Çavuşoğlu "verbatim":

"Our meeting was not in the traditional form. We met in the corridor on the way to the meeting of OSCE Foreign Ministers. We went together. The conversation between us was something like this:

- We are tuned to the normalization process.

- We are also accustomed to the process of normalization.

- Then we can appoint special representatives for negotiations.

"Let's make an appointment as soon as we get home and start the process."

I think it was a positive conversation. Yes, it was not a traditional meeting, but it was a meeting nonetheless. I think the signals are quite positive. "

Mirzoyan categorically denied allegations that there were "secret moments" in the meeting.