A military helicopter crashed in Turkey 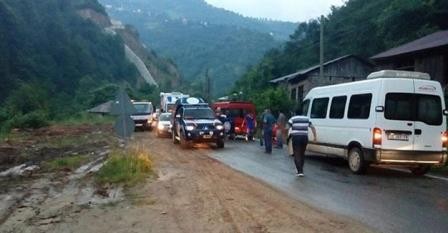 Seven people were killed and eight others were wounded on July 5 when a military helicopter carrying top soldiers crashed in the Black Sea province of Giresun, the Turkish General Staff has announced.

The helicopter crashed in the Tohumluk highlands of the Alucra district of Giresun at 5.30 p.m.

Seven people, including soldiers, were killed in the accident while eight others were wounded, the General Staff said in a statement.

Meanwhile, Prime Minister Binali Yıldırım said there were both casualties and injuries in the accident, adding that the cause of the crash was harsh weather conditions.

Giresun Mayor Kerim Aksu also stated that seven people were killed according to the reports.