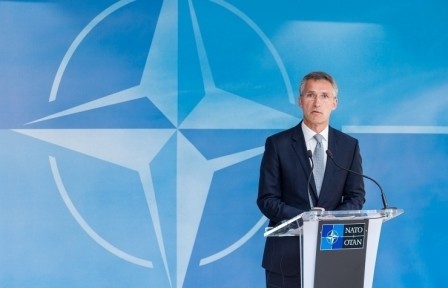 "NATO summit in Warsaw is being held at a defining time in a history of the Alliance, when we are confronted on all sides with a variety of challenges." It was stated by NATO Secretary General Jens Stoltenberg at the expert forum, held today at the NATO summit in Warsaw.

According to him, over time NATO forces to confront these challenges have increased three times: "We will continue to resist cyber and hybrid threats, ballistic missiles. We will deploy four robust, multinational battalions to Estonia, Latvia, Lithuania and Poland. We will also continue to support Afghanistan, Iraq and other countries to counter radicalism."

At the same time, Jens Stoltenberg said that NATO's actions are not directed against other countries, including Russia: "We do not want a new "Cold War”. This is the history. Russia is our big neighbor, so continuing dialogue with it is important."

Commenting on the UK withdrawal from the EU, Secretary General said that Brexit will not change the position of the United Kingdom in NATO.