Turkey showed it in Karabakh - Erdogan 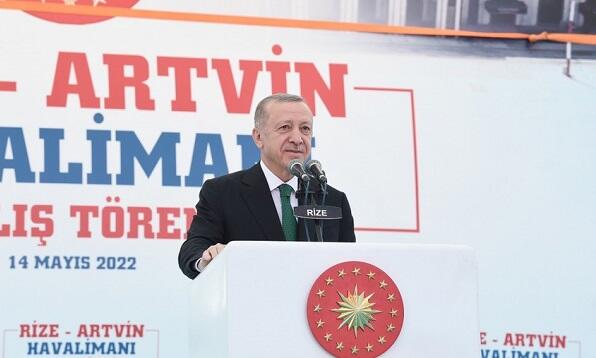 Turkey's struggle against imperialism manifested itself in Karabakh, Libya, Kabardino-Balkaria and Judy.

Axar.az reports that the statement came from Turkish President Recep Tayyip Erdogan during the opening ceremony of Rize-Artvin Airport in Rize.

"Turkey's path to democracy and development is a two-century success story. This includes the struggle against the imperialist powers. We confirmed this during the fight against terrorist organizations in Karabakh, Libya, Qabar and Judi, "he said.