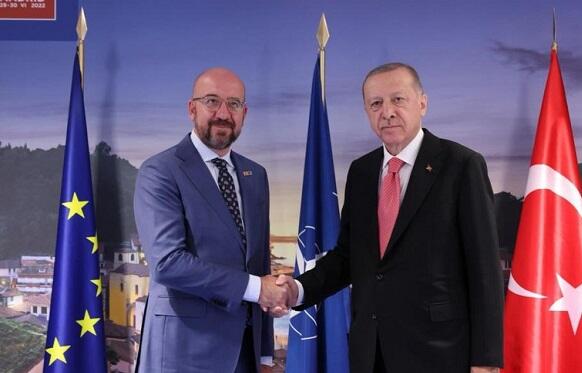 Axar.az reports that Charles Michelle wrote about this on Twitter.

"We discussed in Madrid with President Erdogan and Turkey's support for UN Secretary General Antonio Guterres' efforts to resume grain exports from Ukraine. Russia's aggression against a sovereign state is unacceptable," Michel said.