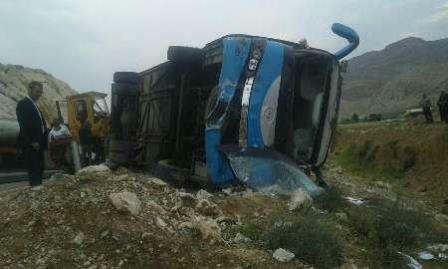 A passenger bus overturned in a ravine in Baluchistan province, which is located in the southwest of Pakistan.

Axar.az reports that the "Xinhua" news agency reported on this.

According to information, the driver lost control due to the rain.

As a result of the accident, at least 19 people died and 12 people were injured.

The injured were taken to local hospitals, some of them are in serious condition.