The farewell ceremony with Umberto Eco 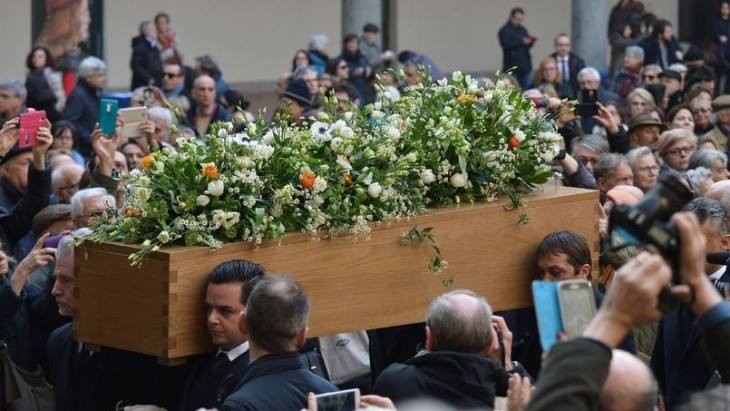 The funeral of the Italian author were held on February 23 in Milan, broadcast live on Rai, the first channel of national public television.

Italy has said farewell to Umberto Eco. Hundreds of people attended the funeral of Umberto Eco, February 23, in the courtyard of the Castello Sforzesco in Milan, close to the apartment where the intellectual passed away on February 19 at the age of 84 years.

The coffin covered with flowers left at 1:40 p.m. (local time) the Milan home of the writer, to the applause of dozens of relatives, admirers or just curious. “It was a very great man, he was so smart. It no longer exists as intelligent men than him “, told AFP a Milanese Angelo Merlini, 80, to tears and the lump in his throat.

For the secular ceremony, broadcast live on the first channel of public television, RAI, the Italian Ministers of Education and Culture, the mayors of Milan and other cities related to Umberto Eco, but also the actor Roberto Benigni made the trip. Mario Andreose, historical friend and editor of the writer, also reported the presence of rectors of universities where he taught and some of his publishers and foreign translators. After the celebration, a cremation ceremony was to take place in private.