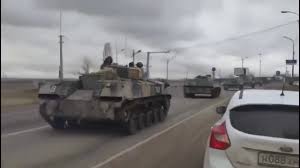 Military aggression against Ukraine set Russia's economy back four years in the first quarter, triggering one of the longest recessions in history.

"The Russian economy, which gained momentum at the beginning of 2022, began to contract in the second quarter. GDP fell by 4.7% year on year for the first time in a year. Due to the war, international sanctions disrupted trade and paralyzed industries such as the automobile industry, while consumer spending fell. "Although the recession in the economy is not yet severe, the Central Bank predicts that the recession will worsen in the coming quarters and does not expect a recovery until the second half of next year," the report said.