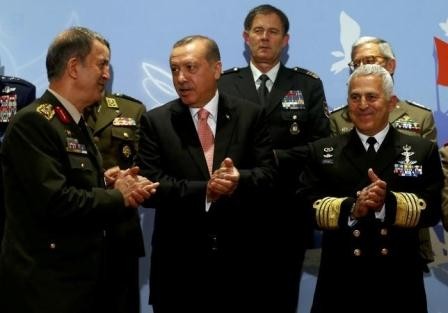 Turkish President Tayyip Erdogan is safe, a presidential source said on Friday, adding that a statement made on behalf of the armed forces announcing a takeover of the government was not authorized by the military command.


The source also urged the world to "stand in solidarity" with the Turkish people.


Turkey's military said on Friday it had seized power, but the prime minister said the attempted coup would be put down.