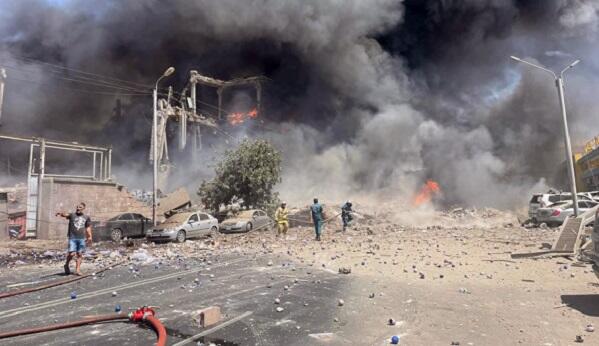 As a result of the explosion that occurred in the "Surmeli" shopping center of Yerevan, 28 people were discharged home.

Axar.az reports that the Ministry of Emergency Situations of Armenia has released information about this.

It was reported that 16 people were missing during the explosion.

It should be noted that 61 people were injured and 6 people died as a result of the explosion that took place in the "Surmeli" shopping center yesterday.